< BACK TO RECIPES & TIPS 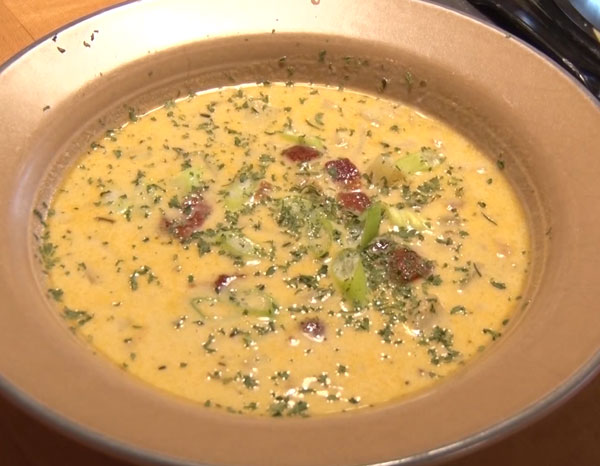 DIRECTIONS
Sweat out the veggies in the oil or butter until starting to get soft. Add the smashed garlic and stir for a few minutes.
Salt and pepper
Add the 2 cups of the veggie broth and bring to a simmer. Add the diced yukon or baby red potatoes and simmer for 15-20 minutes or until potatoes are starting to soften.. add the cooked fish and turn down to low add the half and half or milk and simmer on low..
in the meantime cook the diced russet potato in the 1 cup of veggie broth until very tender and then remove from heat and smash with a fork until smooth and add to the soup and stir to thicken..
May add more broth water or half and half if needed..
Add salt and pepper as needed and garnish with a bit of dried parsley .
to make this lower carb could use cauliflower in place of the potatoes and to thicken could use blended cashews in broth until smooth..